The true value of historic homes does not relate in its architectural beauty, but the occupants they accommodate. They allow us to relive famous events and surround ourselves in history. Below is a list of the top ten historic homes in the world. Visiting them is worth the time whether you’re a history buff or just a sight-seer. Some of them should definitely make it to your vacation list.

Top 10 Historic Homes in the World

Topping our list of historic homes is the 25 room, 3 storey house where Mark Twain wrote some of the greatest books in American literature including Tom Sawyer, The Prince and the Pauper, and the adventures of Huckleberry Finn. Built in 1874, the house displays many of the modern innovations of its time. It had seven bathrooms, was lit by gaslight and had modern plumbing with hot/cold water. One of the bathrooms even had a shower! Moreover, there was a burglar alarm system that ran on batteries.

Thoor Ballylee castle was built in the 15th or 16th century and owes its fame to having once been owned and inhabited by William Butler Yeats. It is also known as “Yeats Tower”. The famous poet purchased the castle in 1916 for the paltry sum of £35 and lived there with his family from 1921 to 1929. The tower has four floors connected by a stone stairway built into the outer wall. Each floor has a single room and a window that looks out onto the Streamstown River. A tablet on the wall of the ground floor has a romantic inscription from Yeats to his wife.

Arguably the most magnificent structure on our list of historic homes, the Villa La Rotonda was commissioned in 1565 by a priest as his retirement home and is considered one of the best works of the architect Palladio. The design of the famous Renaissance villa was inspired by the Roman Pantheon and itself has provided inspiration for thousands of subsequent buildings. It is also known as Villa Capra in honor of the Capra brothers, who finished the building in 1592. It is built on a hilltop just outside the city of Vicenza and features a central circular hall responsible for the name “La Rotonda”.

From the outside, the Tai Fu Tai does not look impressive enough to compete with the other names on our historic homes list, but the well maintained exterior and the opulent interior make up for any lack of stature. Tai Fu Tai was built in 1866 by Man Chung-luen – a noteable merchant of his time. The source of his wealth remains unknown to this day. What’s known is that his generosity earned him the title of “Tai Fu” (meaning important person) from the Qing emperor. The house is a typical example of Qing Dynasty nobleman’s dwelling and was built in response to the honor bestowed on Man Chung-luen by the emperor. In 1987, Tai Fu Tai was declared a historic and architectural landmark and is thought of as one of the most elegant buildings in Hong Kong’s New Territories.

Also known as the Mure Property, the famous Japanese/American sculptor’s house should be a part of any historic homes list. It was originally a 200 years old samurai dwelling that was moved to its present location and restored by architect Tadashi Yamamoto. The house reflects the persona of its owner. At the time of his death, the restored compound consisted of a samurai farmhouse, work and exhibition spaces, a yard for sculptures, a hilltop garden and an outdoor atelier. The house remains Noguchi’s greatest legacy.

Home to Earnest Hemingway from 1939 to 1960, Finca Vigia was built in 1886 on a hill located 15 miles from Havana. At that time, it was consisted of a 15 acres farmhouse and was chosen by Hemingway’s third wife, Martha Gelhorn (Hemingway continued to live there even after they divorced and he remarried). The house witnessed the writing of “For Whom the Bell Tolls” and “The Old Man and the Sea”. Fittingly, it is now a museum dedicated to the work and life of the famous author.

Currently housing a museum dedicated to the wartime diarist, the Anne Frank House is probably the most recognizable name in our list of historic homes. The Anne Frank House was originally an office building where Anne’s father (Otto Frank) also had his business. For more than two years, the family lived in the annex which was accessible through a concealed doorway behind a moveable bookcase. The hiding place was betrayed in 1944 and the occupants displaced to various concentration camps. Otto Frank was the lone survivor of the events. Anne Frank’s original diary and other notebooks are on display in the museum and visitors can embark on a “virtual journey” in a dedicated multimedia space.

This picturesque house and its surroundings are a monument to the famous impressionist artist, Claude Monet. It has made its way onto almost every historical homes list compiled, having been the subject of many of Monet’s paintings which feature scenes from the garden. The famous gardens themselves comprise of two sections: a flower garden called Clos Normand and a Japanese water garden. Monet settled in Giverny with his family in 1883. The Clos Normand was planted on an area of one hectare. Ten years later, Monet purchased a neighboring property to construct the water garden.

Blenheim Palace has the distinction of being the only non-royal country house in England to be called a “Palace”. It was built between 1705 and 1722 and declared a UNESCO World Heritage site in 1987. Part of its fame owes to the birthplace of Sir Winston Churchill. Its place on our list of historic homes is unique, as it is still the principal residence of the Dukes of Marlborough (though it also functions as mausoleum and national monument).

Last but certainly not the least on our list of historic homes is the house of Thomas Jefferson, third President of the US, which was originally a 5,000 acre plantation. It was designed by Jefferson himself at the age of 26 when he inherited the land from his father. On his own direction, he was also buried on the grounds in an area now called the Monticello Cemetery. Monticello was purchased by the Thomas Jefferson Foundation in 1923 and is now a museum and educational institution. In 1987, the house was designated as a UNESCO World Heritage Site.

Waqar loves elegant designing and decoration in particular home renovation, bedroom designs and love to explore DIY project that will save the money.

Bedroom Suites: Finding a Way to Project Your Personality Without Sacrificing Quality

How to Bend Acrylic into Furniture

How to Care for your Concrete Floor

The Benefits of UPVC Windows 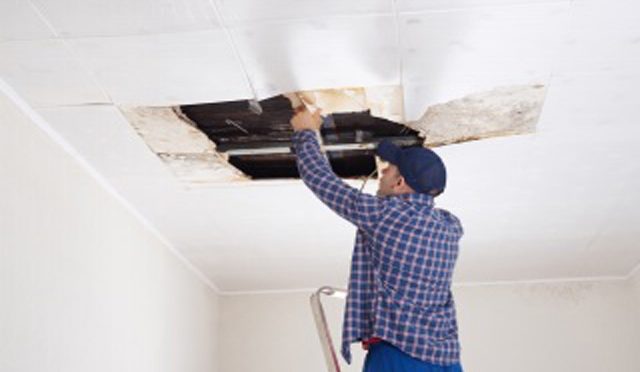 Your Drywall Got Wet — Now What?